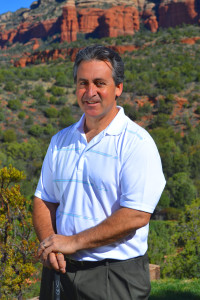 Michael graduated from Loma Linda University in 1995 with a Bachelors’ Degree in Occupational Therapy. Enhancing his interest in complimentary and integrative medicine, Michael was able to fulfill clinical requirements with both traditional and non-traditional internships gaining valuable perspectives and insights into various healing models. Michael incorporated these insights while treating in numerous settings from inpatient and acute rehab, skilled nursing, home health and both hospital based and private outpatient clinics.

In 1998, Michael attended his first “John F. Barnes Myofascial Release” seminar and found the “missing link” in integrating his education and prior insights with everyday practice. Michael received extensive Myofascial Release training reaching instructor status before moving to Austin in 2003 to join the gifted manual therapy team at Hands On Physical Therapy.

Robert has been professionally practicing Myofascial Release and massage for over ten years. Brought up in a family of physical and occupational therapists, Robert was exposed to body manipulation from an early age and was taught how to treat himself long before he began treating others. Robert has trained extensively under the John Barnes program and also at Hands on Physical Therapy. He’s taught many Myofascial Release seminars under John Barnes and has experience working in multiple clinics. Before moving to the Verde Valley, Robert practiced his special skill set in Austin, Texas and the Los Angelos area.  Robert and his fiance welcomed a little boy in August of 2012 and are excited to watch him grow in this family-oriented community.